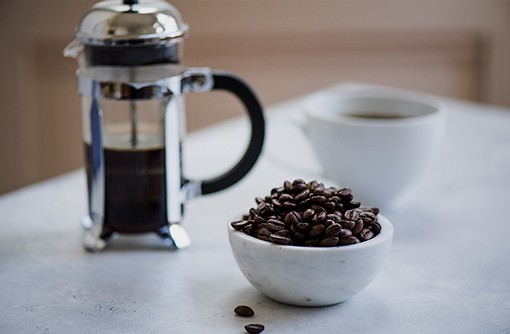 How to Make a French Press Coffee At Home

French Press is one of the many ways of brewing a coffee. You can now make a perfect cup of French press coffee within the comfort of your home.

There are two types of brewing methods; one is called filter and the other is called full immersion. Methods that use a filter, such as a Chemex or pour over, get rid of a lot of cellulose in the coffee beans in order to make an articulate and delicate coffee. On the other hand, the French press comes within the immersion brewing technique.

The French press has become popular since the mid 20th century. It results in a full-bodied extraction, which includes more dissoluble elements of the ground coffee. A lot of people love the French press owing to the rich mouth feeling of the coffee. However, people who don’t love French press feel that it’s bitter or full of sediment.

How to make a French press coffee?

Know how you can make a French press coffee at home by following the below mentioned instructions.

In a French press, the coffee settles at the bottom of the glass vessel, wherein water can’t make uniform contact with all the coffee grounds. This is why you must grind your coffee a bit finer than it’s generally suggested for a French press, and a bit coarse for a pour over.

You must pre-warm the coffee vessel for about 15 minutes. This minimizes heat loss, thus ensuring that the coffee is evenly extracted.

The right ratio is as important as time. You can make use of a 1:15 brew ratio in order to give the right flavor and body to your French press coffee.  If you’re making four cups of the French press, the ratio of 600 grams of water and 38 grams of coffee is ideal. Put the coffee in the press pot after emptying hot water from it.

Then, you need to break the crust using one or two spoons. Push the coffee grounds softly to the opposite edge of the glass.

Just watch the speckles forming on the coffee surface.

Place the lid back on the vessel but make sure you don’t press down.

Now, you must pour the coffee in two preheated cups. Make sure you don’t lower the lid much; it should just rest on the coffee’s top.

Now, you can taste your French press coffee, which would be juicy with a rounded and full balance.