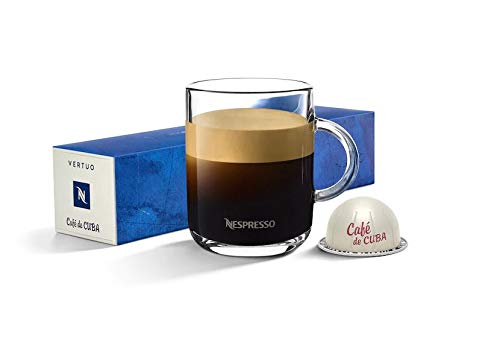 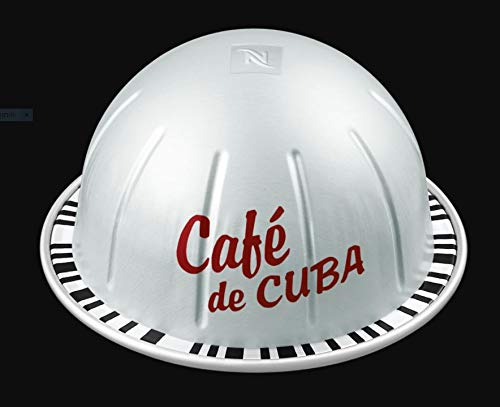 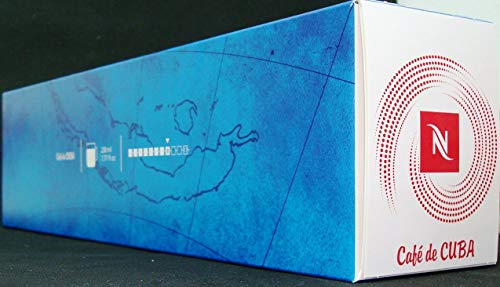 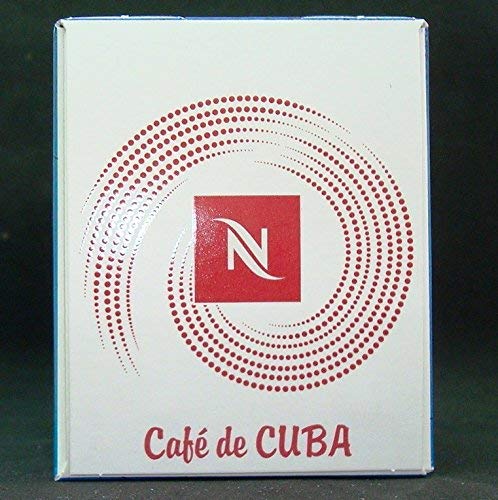 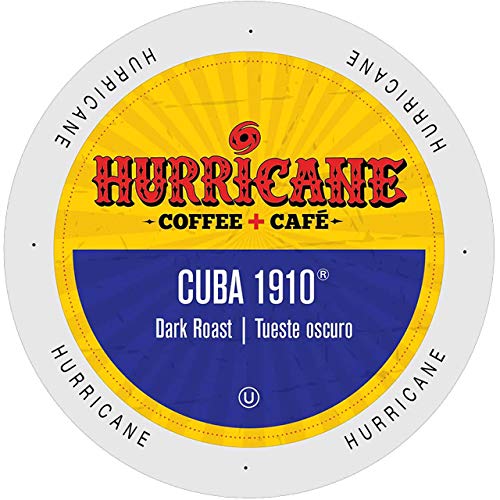 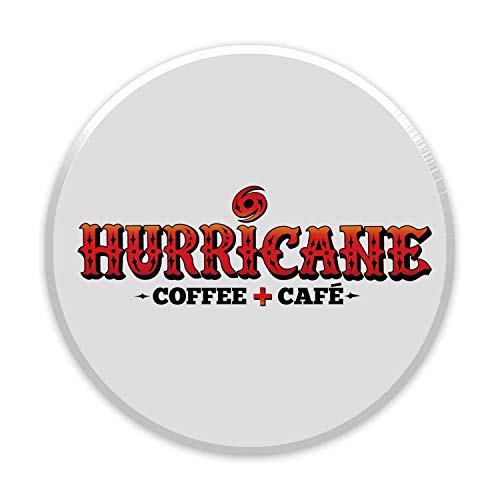 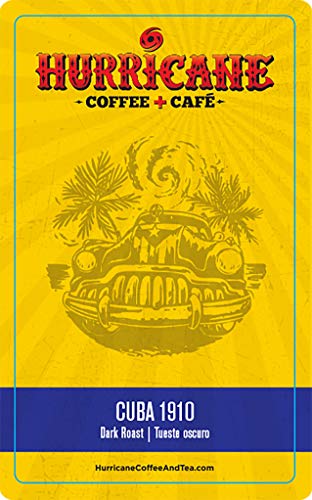 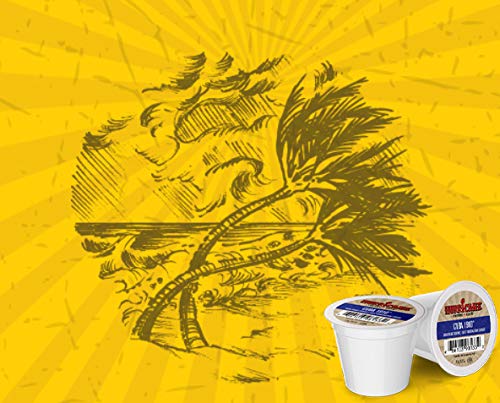 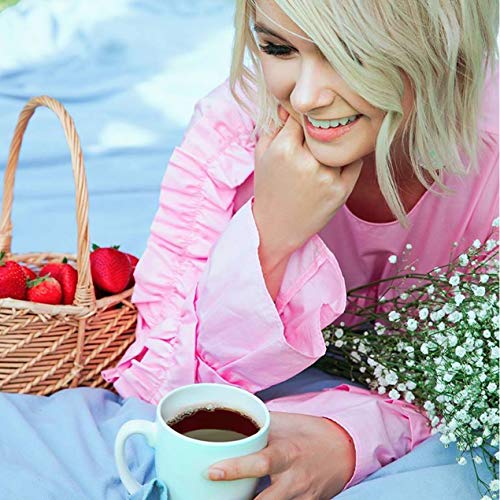 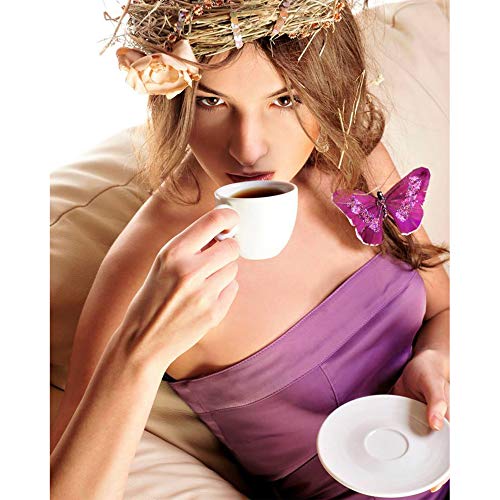 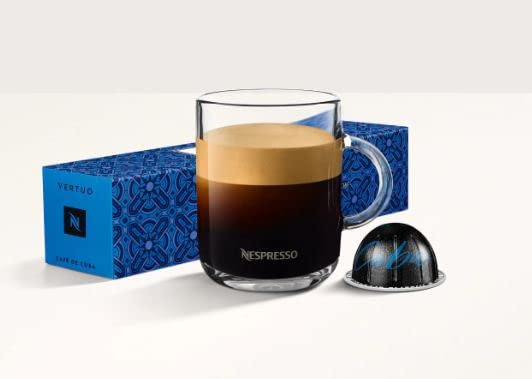 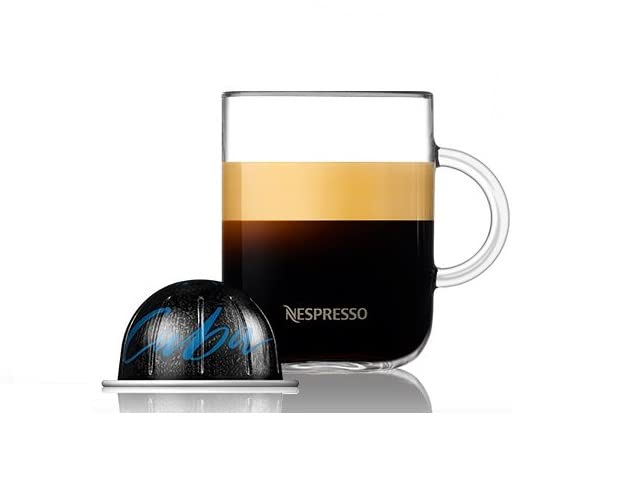 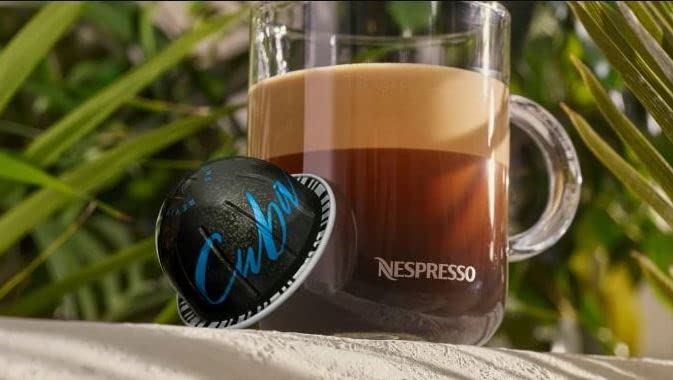 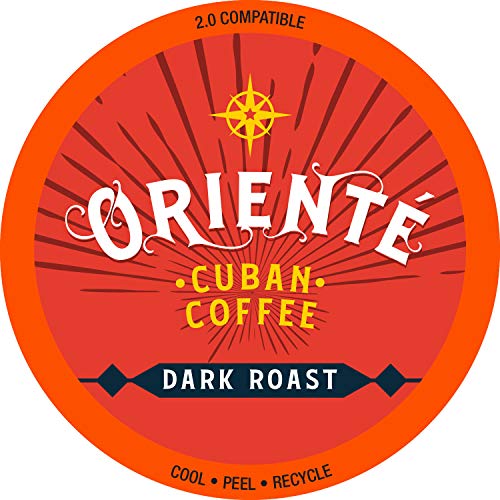 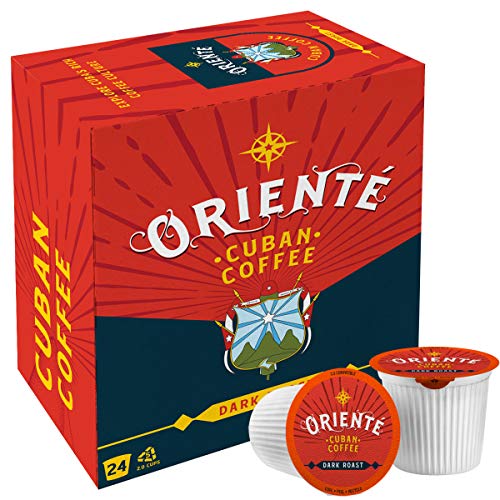 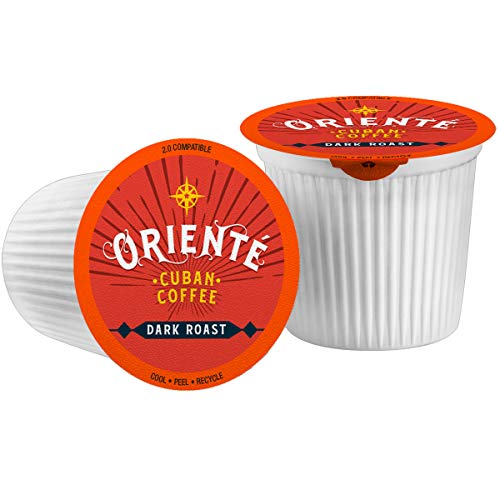 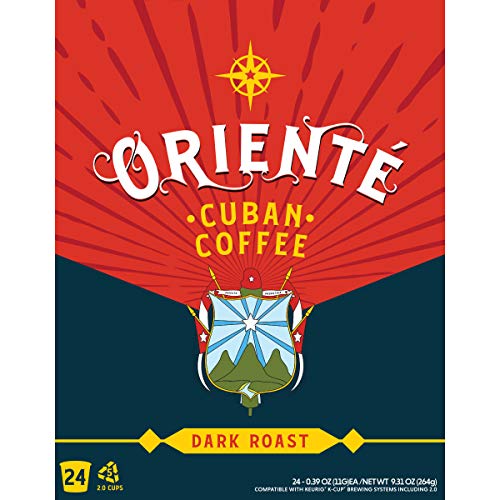 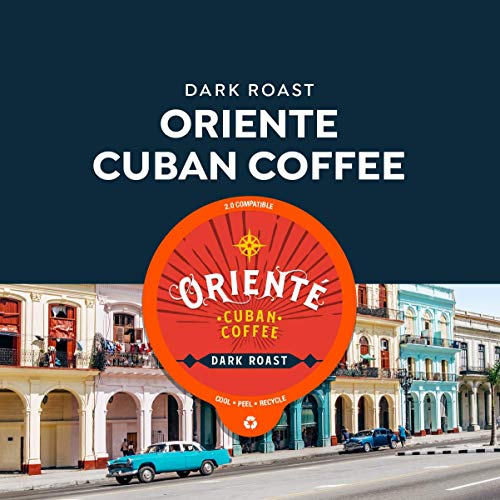 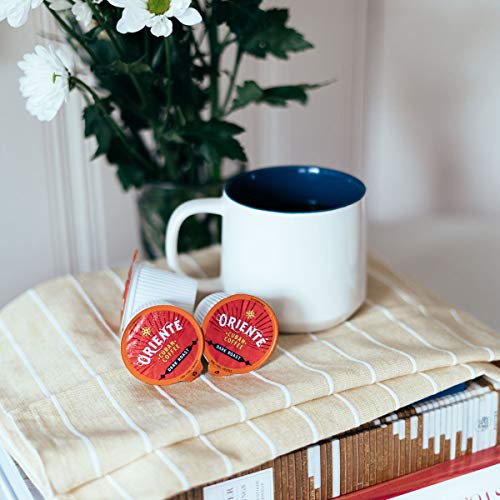 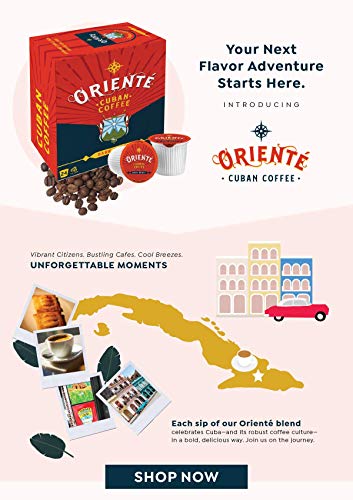 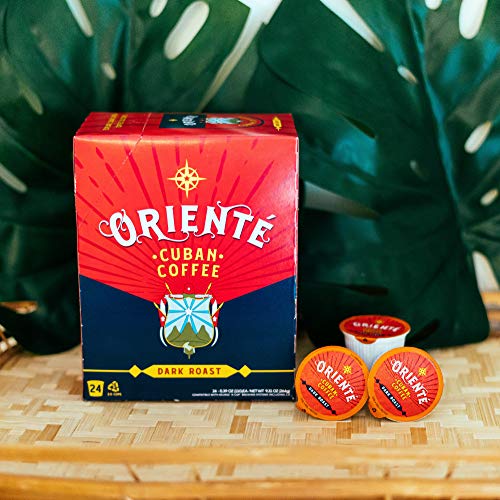 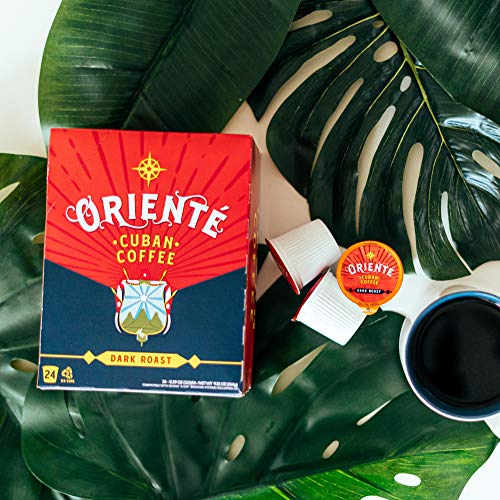 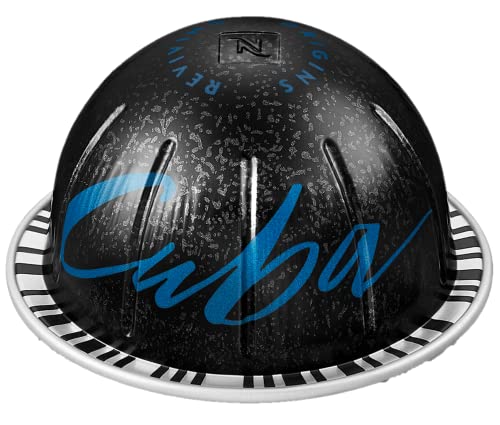 What is Cuban Coffee?

Coffee growing in Cuba started back in the 18th century. The industry grew significantly in the 19th and the beginning of the 20th century. Growth of coffee I Cuba highly benefited from French farmers who were fleeing from the Haiti revolution. During this period coffee growing extended from the plains in the western parts of Cuba to the surrounding mountain ranges. Trade symbols linked with the nations coffee such as bitter flavor hints, demitasse dainty coffee serves signifies the turmoil and nations hardship. It also mirrors the Cuban people creativity and resiliency since the 1959 Cuban revolution.

What is special about the Cuban coffee?

Consuming Cafecito drink is an act of participating in social cultural act in Cuba. Serving about 4-6 shots of Cafecito with a big cup together with some other demitasse small cups is a sharing coffee called colada. To top up the cultural experience some people dip a Cuban cigar at demitasse bottom and lit it.

Cafecito or the Cuban coffee is made from sweetening the coffee with demerara sugar when brewing it. It is a unique type of coffee espresso with it origin in during the time of Italians arrival in Cuba. Traditionally the sugar is put to a container in which the drip of espresso happens and mixes with the sugar during the brewing. The product is usually a fine quality. Today there are various recipes that are available for preparing a cup of Cuban coffee.

Some of the known Cuban coffee genres

Cafe Cubano (Cafecito): the most popular type of coffee from Cuba and also the traditional one. It is simply ordinary Cuban coffee beans hat are sweetened using sugar. It is doubling stronger than any American coffee and served a shot.

Colada signifies the act of sharing Cafe Cubano with friends. Comes in a larger coffee cup with some lesser ones to share with your friends.

Cuba eastern part along the mountains of sierra maestra is the most popular coffee growing zone in Cuba. A special type of fertile soil with characteristics such as humus high amounts enables growing of coffee without using the artificial manures. In this region the method used for coffee cherry harvesting is through hand picking from the plant.

Majority of farming is done on the steep side of the mountain slope and hauled using sacks carried by coffee farmers to transport by males to drying stations. People on this region specifically process coffee by roasting prior pulverizing the roasted product on a pilone (wooden mortar). It is then stipped into hot water prior using straining using bag made of a cloth.

Other famous coffee growing zone is the mountains of Escambray located in Cuba central region. Farmers also cultivate coffee in the west and east: Guaniguanico and mountains of Sagua- Baracoa respectively.

A poor transport- poor road prevents the farmers from accessing the required labor for their farms. Common methods of transport include use of mules and foot transport.

Extreme weather conditions- Cuba experience drought periods during the year followed by heavy and excess amount of rainfall. This does not affect the growth of plants but also harvesting and transporting coffee produce to drying stations.

How the unique Cuban coffee flavor is made

By heating coffee with the hydrolyzing water with sugar Cafecito gains a special taste not possible by adding sugar to coffee as an end result. Most people prefer the coffee made by mixing just a little of the espresso coffee and stirring to a brownish paste and the putting the rest such that it results to a brown foamy and light layer at the top of the drink called espumita.

The hint of bitterness in the Cuban coffee is attributed by some toasted chickpeas that are usually ground with the Cuba coffee to stretch the small supply that is available. Espuma is an imitation of the crema in most costly espresso cups. It is a product of a little coffee mixed with whipped sugar to for a frothy thick cap. Some tiny tacitas found in the cafe cubano coffee symbolizes meager and short supply of coffee following it nationalizing in 1962. Each Cuban person is only entitled to 4 ounces of coffee each month. This attributes to the need for small coffee cubs to ensure that it lasts for long and sustain their culture and symbolize their everyday endures.

Moka pot is a traditional method for producing coffee in Cuba which is common in some American regions and all over Europe. Coffee is brew by the use of water forced up via the coffee grounds through the help of pressure produced by steam.

CoffeeCupNews delivers the top Cuban Coffee with daily refreshed reviews and lists of the top selling and rated products. Don’t read old reviews, ours are current and relevant.

Cafecito is the name given to Cuban coffee. It is popular for its dark brown colour with a touch of bitter taste and sweet espuma. It is grounded significantly finely attributing to it Robusta taste. Cuban coffee is best served as espresso in demitasse cups. It is often served with demerara  sugar.

What is different about Cuban coffee?

Cuban coffee is distinctively dark and has a very strong taste. The main difference between Cuban coffee and other types the type of sugar that’s used with Cuban cofee: demerara. This makes the coffee drink a bit thicker.

What is the strongest Cuban coffee?

A very intense dose of Cuban coffee is served in a very small, thimble sized coffee cup. It’s 2X stronger than American coffee and super sweet. Typically you drink it like a shot.

What is the difference between espresso and Cuban coffee?

Basically the two coffees are brewed similarly. The big difference is the use of demerara sugar is added prior to brewing. Typical American Espresso coffee is not brewed with sugar.