The tagline of Eight O’Clock Coffees is ‘For those who put Coffee first’ and it is truly so. People at Eight O’Clock Coffees strive to give their customers only what is best. They know the passion people have for coffee and they share the same enthusiasm. Their commitment to making coffee does not alter and neither does the quality. From Maryland, the coffee beans are brought, processed with care, and then supplied to homes across the world.

Eight O’Clock Coffees do not mean that you need to drink them at eight o’clock. That would be pretty weird! Eight O’Clock Coffee is the brand name of coffee that is factory-made by the company named Eight O’Clock Coffee Company. This company is an ancillary of Tata Global Beverages that has its central headquarters in Montvale in New Jersey. The place where all its coffee is produced is located in Landover in Maryland. 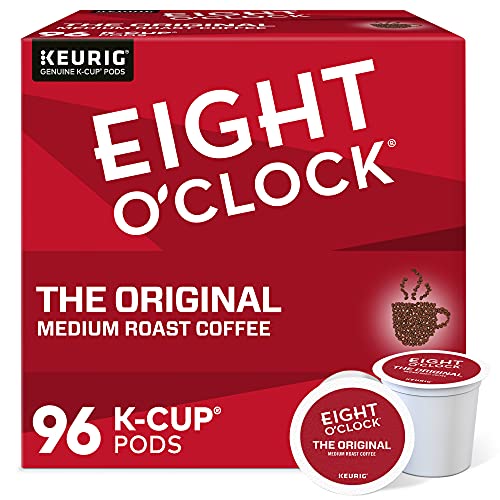 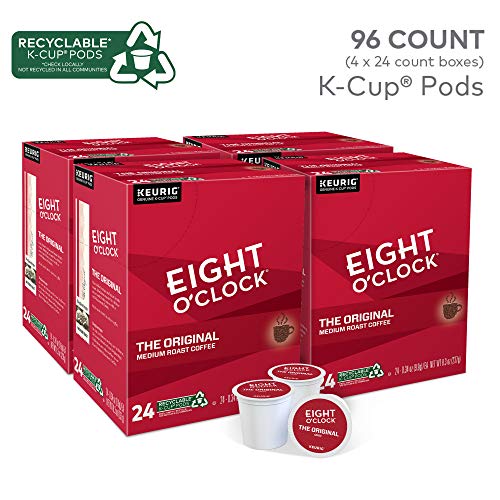 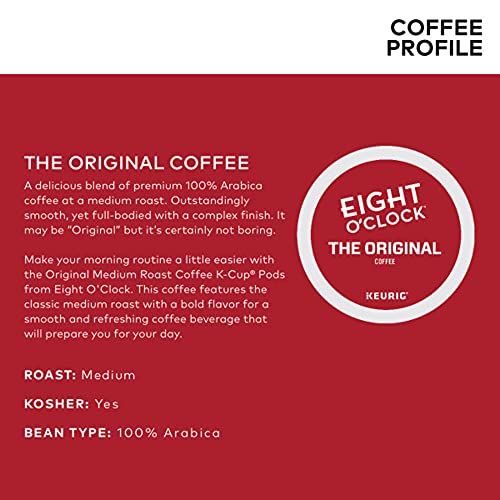 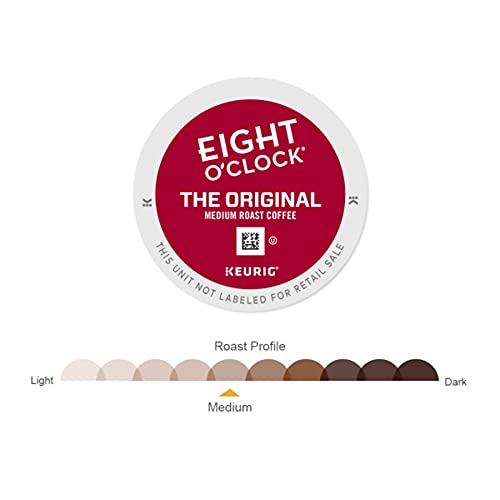 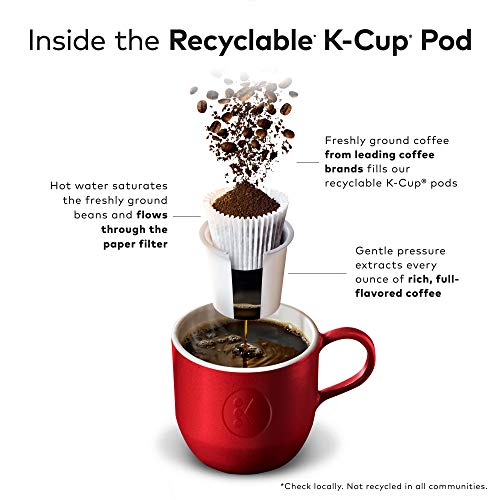 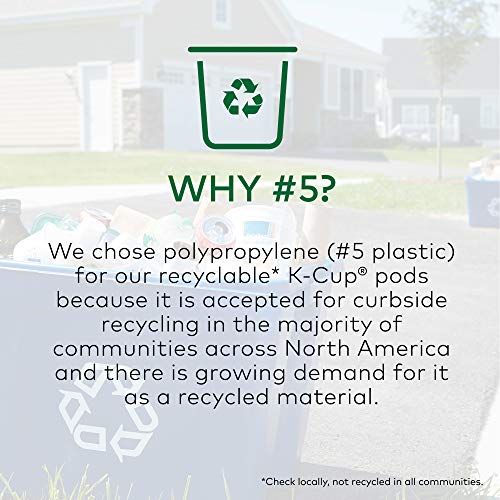 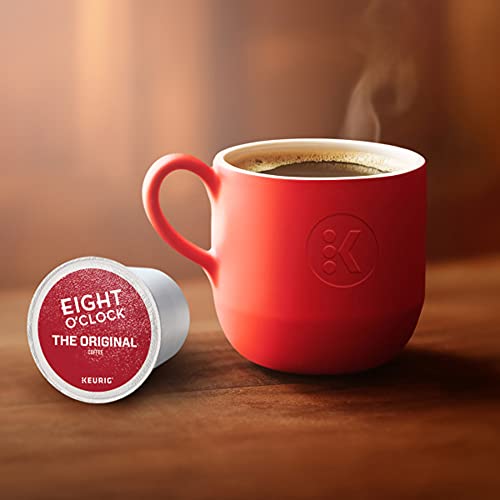 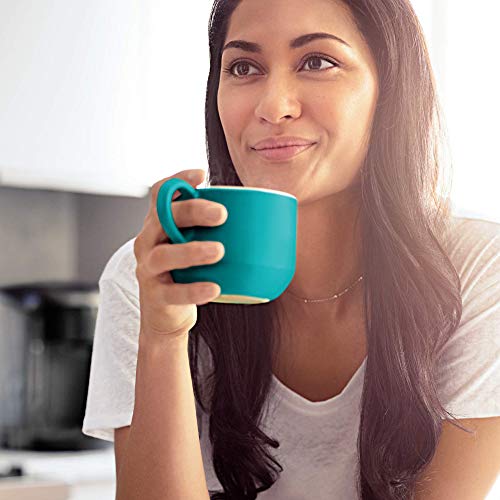 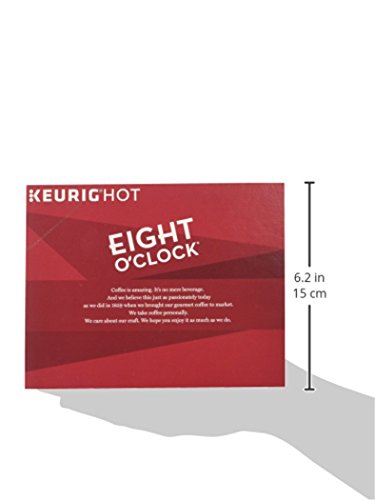 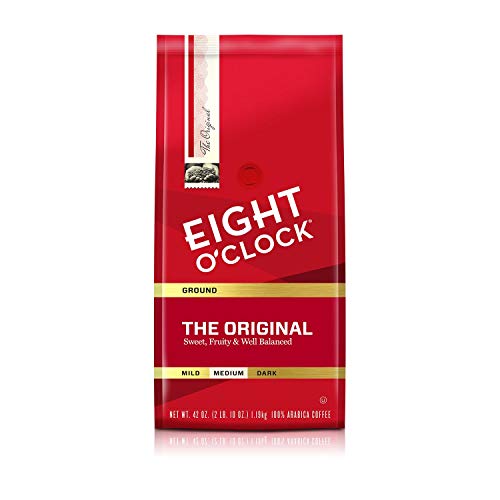 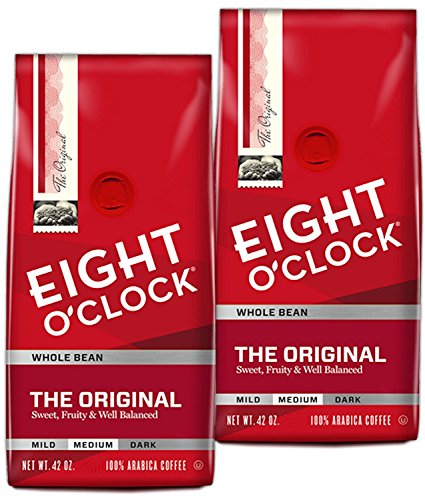 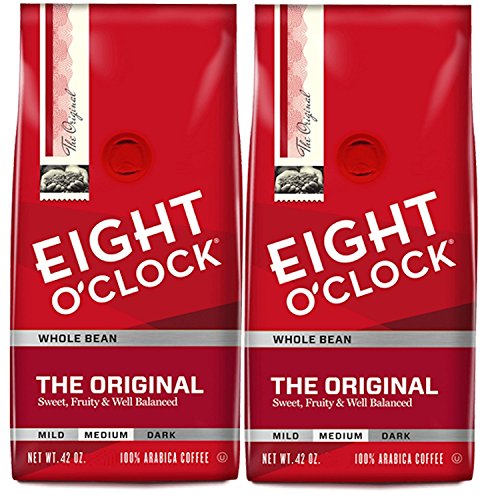 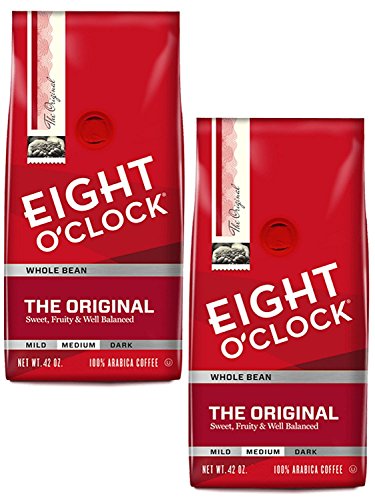 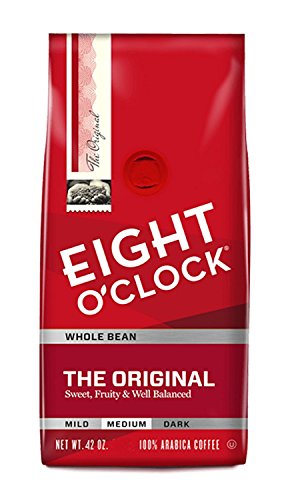 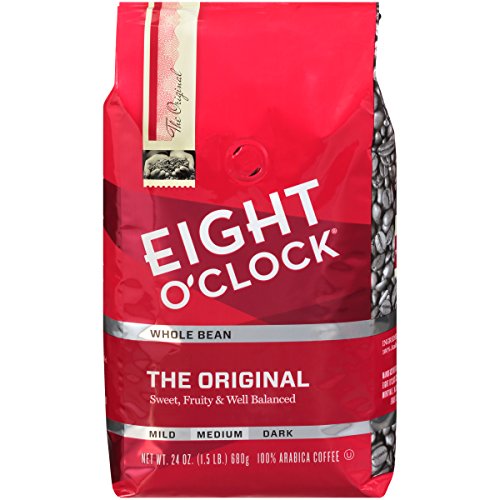 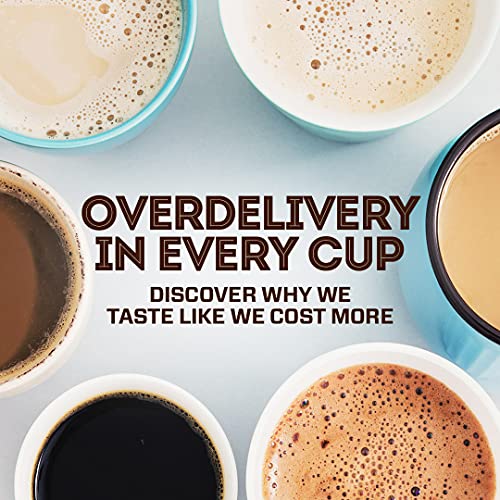 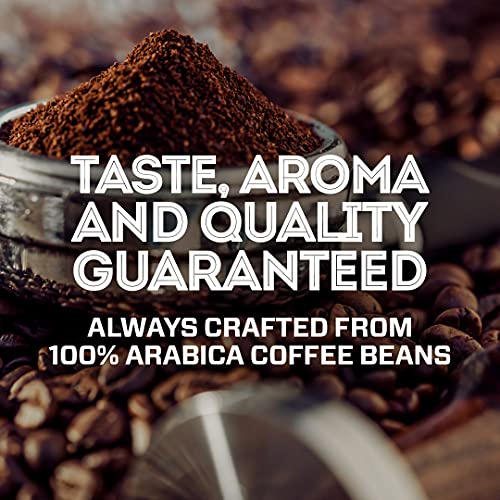 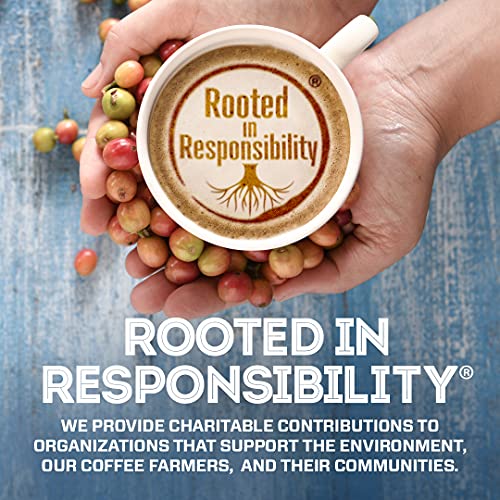 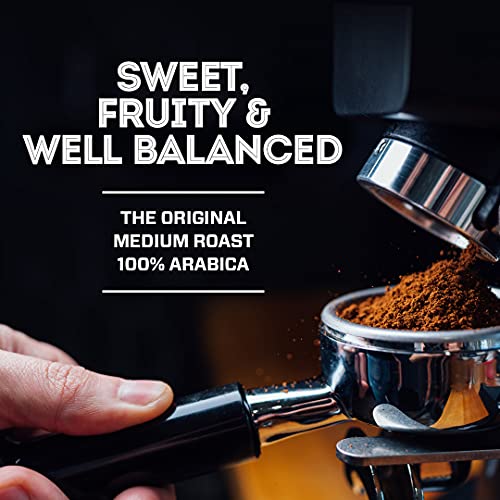 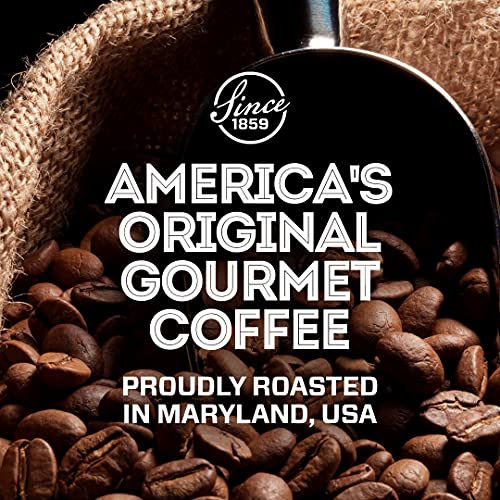 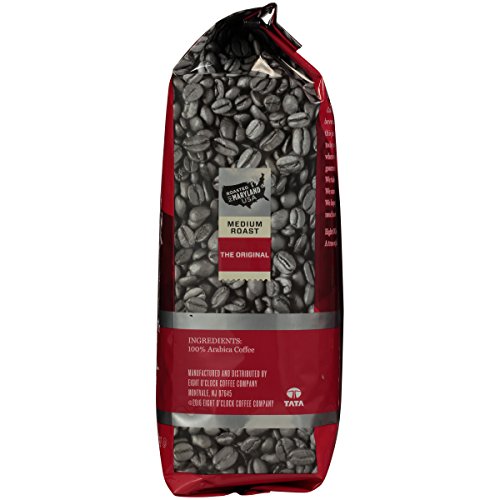 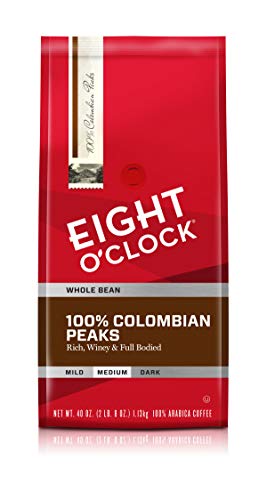 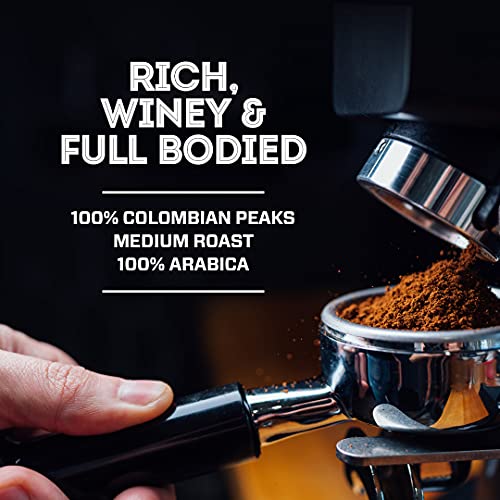 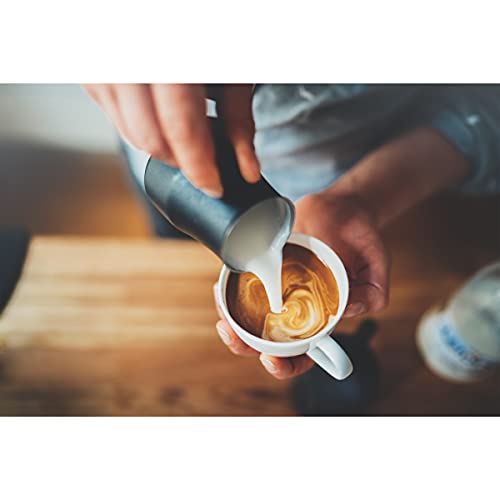 The Great Atlantic & Pacific Tea Company or A&P, as it is popularly known, was earlier recognized as ‘Gilman & Company’ in 1859. It started off by selling coffee beans in bags but they did not have a specific name of their own.

Initially, the coffee was at times called by the name of Eight O’Clock Breakfast Coffee. There were two other contesting companies at that time by the name of Red Circle and Bokar. After these two named their brands, A&P also named its coffee with the present name.

The history behind the name is quite interesting. Apparently, A&P did a survey where people were asked about the time when they frequently drank coffee. The result said that most people drink coffee between 8 in the morning to 8 in the evening. From then on, the official name Eight O’Clock Coffees was given. The year 1930 saw a steady growth of the brand when it took over more than a quarter of the market share and later went on to become the most common coffee in the USA.

Till 2003, only whole coffee beans were sold by Eight O’Clock Coffee. It came in a red bag and the customers could customize their order and ask for ground coffee. Or they would have to do the grinding process at home. In 2010, the packaging of the coffee bags changed from red to being totally white with the coding of other colors.

2010 witnessed major changes because many varieties of the coffee came up like Decaf Original, Bokar, Original, 100% Columbian, French Roast, Mocha, Dark Italian Roast, French Vanilla, Hazelnut, etc. But, with later demands of the customers, they decided to come up with further varieties so they divided the Original into ground, whole bean, and K-Cup in 2013. Even Dark Italian Roast was made available in K-Cup and Whole Bean.

Another popular variant was the 50% Decaf, which was also available in ground and whole bean. Eight O’Clock Coffees always keeps experimenting and coming up with newer products so that they can always keep their customers updated and give them newer ways to enjoy their coffee. Variants such as Central Highlands, Colombian Peaks, and African Plains were a result of such experimentation.

People who love coffee a lot try to find out ways to have coffee in a different manner. While some go for a latte, some others prefer flavored coffee. But, there are only a limited number of options that one has and sooner or later they get over.

But, not anymore! If you try the various coffees at Eight O’Clock Coffees, then you will be greeted with a fresh variety of flavored coffees that are not only great in taste but have a perfect blend. Here are some of our favorites:

The flavors introduced in 2013, come in red bags, which is a reminder of the traditional bags that were popular in 2003 and prior to that.

All the love for the raw taste and aroma of coffee is understood but admit it we all love to indulge in a bit of experimenting with t coffee once in a while. A person who truly loves their coffee will never go wrong with it. And, that is what they exactly do at Eight O’Clock Coffees. They love coffee themselves and make sure their customers end up loving coffee as much as they do.

We would like to introduce you to infusions at Eight O’Clock Coffees. The infusions, as they call it, are newly fashioned coffees that are in tandem with the tastes of today’s generation. Not only do you get the familiar touch of that good old Coffee but you also get to taste some new flavors. These infusions work like nothing else when it comes to brightening up your day. There are many blends so you do not have to worry about choices. Select the best one for yourself from here:

The beans used are pure Arabica beans that are processed with a medium roast. You get a bold, full-bodied flavor that is made even better with guarana and caffeine to keep you high on energy all day.

Having coffee at the start of the day is cliched so try relaxing with coffee. Yes, Eight O’Clock provides you relaxation from the day’s stress with its fine blend of lavender and chamomile in its Relax Decaffeinated coffee. Try it now!

We have given you a fair idea of what Eight O’Clock Coffees are about. To taste an amazing range of coffees, you can visit their official website and place an order. And, the best coffee will be there at your doorstep in no time.

CoffeeCupNews delivers the top Eight O’Clock Coffees with daily refreshed reviews and lists of the top selling and rated products. Don’t read old reviews, ours are current and relevant.